Grants for Attraction of International Students
Previous Next

Campus Mare Nostrum 37 /38 is the International Excellence Campus for Higher Education and Research of the University of Murcia (UM) and the University of Cartagena (UPCT). The campus is a joint effort of international organizations, research centres, technology parks, companies and the administration, which seeks to transform the Region of Murcia into a pole of international, high-quality education, science, business and culture in the Mediterranean area. 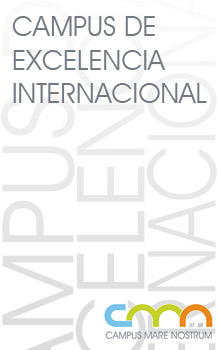 The University of Murcia signs Bilateral Agreements with moroccan universities
In the framework of the fourth Arab-European Conference on Higher Education held the last week of April in Rabat (Morocco)...
03 May 2017

On the ocassion of the Eurpean Early Music which will be celebrated in many cities from all countries of the European Union, Russia and the Unites States on Tuesday,  the presentation of the Bach Cartangea programme’s first semester took place on 21st March at 10.45 a.m. at the Palacio Consistorial de Cartagena.

Thus, Cartagena became the first town of Murcia united to the Early Music Day. This day is the anniversary of Bach’s birthday in which some training and participatory activities were performed.

To participate in this initiative it was just needed to visit the page of the European Day of Early Music Day: https://earlymusicday.eu/

The event was organized by the Department for Culture, Education and Equality of the Cartagena City Council and Early Music Project in collaboration with the Conservatory of Cartagena, the Technical University of Cartagena, Campus Mare Nostrum, the University of Murcia, ISEN Centre (The Institute of Foreign Service of the Nation), UNED (The National Distance Education), Choirs of the Region of Murcia, the Department of Culture and the spokesperson of la CARM, the Institute of the cultural industries and arts, the INAEM (The Aragonese Employment Institute) and the Catalonia High School musical (ESMUC).

All these organizations were intended to make known the music of Johann Sebastian Bach and Baroque musicians through concerts, conferences, workshops and participatory activities for all ages, bringing the Early Music to Cartagena.

The presentation consisted of a press conference chaired by the Council of Culture, Education and Equality, David Martínez, the Director of Early Music Project, co-organizer of the programme, Jorge Losana, the Director of Mare Nostrum Campus, the Director of the ISEN Institute and the UNED and UPCT (Technical University of Cartagena) representatives, where several activities were presented for the months of March, April and May.

In addition to the presentation, some activities were planned for this day. At the end of the presentation, the ensemble of early music «La Galería del Claroscuro» composed by Anabel Sáez and Eduardo Fenoll, profesor of the Conservatory of Cartagena (played the baroque violin), offered a didactic concert for the students of the Artistic Bachelor of all Cartagena’s High schools at the Palacio Consistorial Hall.

In short, the concert was framed within the acts of the Illustration Year and was started at 19.30 p.m. at Enrique Escudero” Archaeological Museum

All activities of Bach Cartagena were free and public access.